Oldgas.com Home
Picked up this pump Saturday and am unsure of the maker. Need some help to verify maker and possibly confirm a maker that was suggested by the previous owner. The man I got it from used it up to the day his building burned and it was then relagated to the back of the barn where I got it from. In the barn were some other pumps that were used after the store was rebuilt. 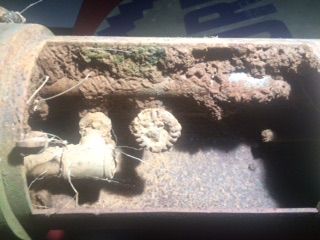 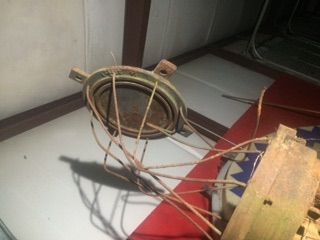 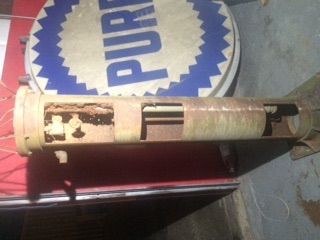 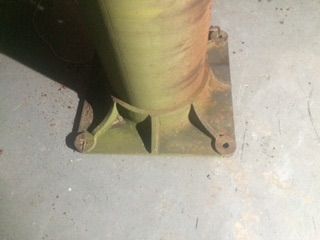 Before I get another text message, IVE GOT THE BOOK! I've got all the books printed since 1979. It's not in any of them, so Jack, Ryan, Tom, Rob, and Ron, help please before I get another text calling me an 1D10T
Well I'm not one of the people you asked for help from but I've been slinging pumps for 25+ years and I've never seen it. Almost reminds me of a Groetken in its simplicity and industrial look but I don't believe it is. I'm stumped. I'm betting most everyone else is as well (if not everyone). I'd sure love to be standing there looking at it so I could give it a proper review. Wonder if it was something homemade or semi-homemade...those cylinder rods look very thin and the access plates (if there were any) don't seem to have any way to secure...are there screw holes we just can't see in the pics?
Maybe it’s possible it’s from another continent/country. Europe, South America, Canada?? Just a thought.
The access doors at the bottom and middle have threaded holes at each corner. The access door at the top has a permanant lock hasp at the top of the opening and looks like it was hinged.It was definantly factory made. The cylinder rods are heavy and about the same diameter as a Wayne. The pump is air operated but a portion of the plumbing is in the back of my truck and yet to be reconstructed. I think it had a back up rotaty pump like some air operated pumps. It had external gallon indicators but they melted and left only the rings around the rods. The inner cylinder fill pipe is brass with notches at each gallon level almost like a gallon number should be there. The castings are permanantly cast around the center section which at first glance looks like a 12 inch pipe but when you look closer there are brackets inside that are a part of the tube. It has a factory nozzle holder just below the cylinder. The only thing missing besides the doors is the bonnet. I asked if he could remember what it looked like and he said it it was round like big dog bowl and it held a big bulb. I said yes that was the globe and he said " Ive got some of them around here somewhere, Ill se if I can find them". About that time I almost crapped my pants. Ive got my fingers crosed. It has conduit in side the body or tube for wiring. He told me that it was made right there in Birmingham which would make it Birmingham Machine and Foundry pump but I have my doubts about that until I have more input.
By the way, it makes aTokheim visible seem light. About 2 tons vesus the 1 1/2 tons a Tokheim weighs. In 35 years of collecting pumps and junk, I have not seen anything like it.
First off, I have no clue but I too would like to see it in person. A picture of the pumping unit or handle might offer some clues. Hope someone on here that's real good on visibles solves the mystery.
© Primarily Petroliana Shop Talk