Oldgas.com Home
Has anyone ever seen one of these old cast iron paper weights? 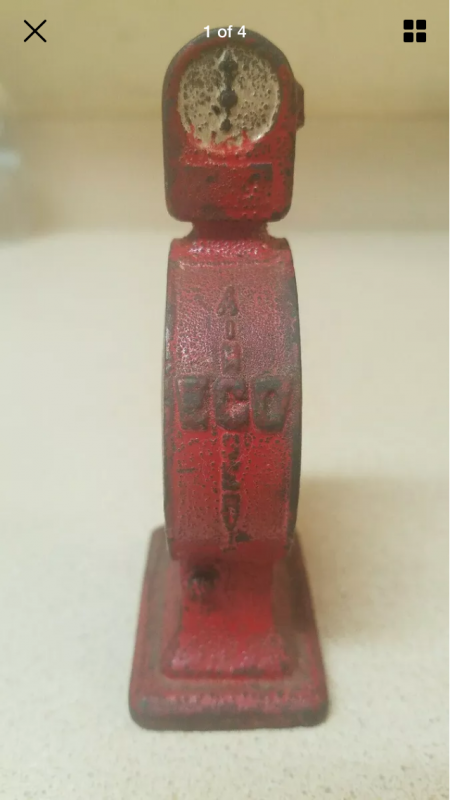 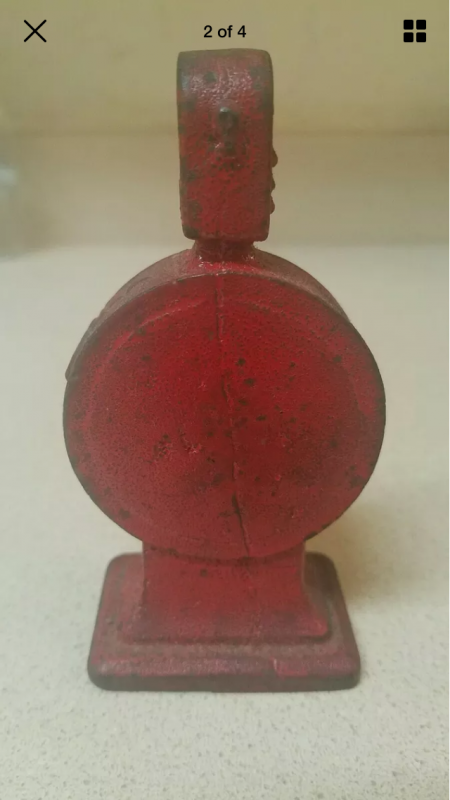 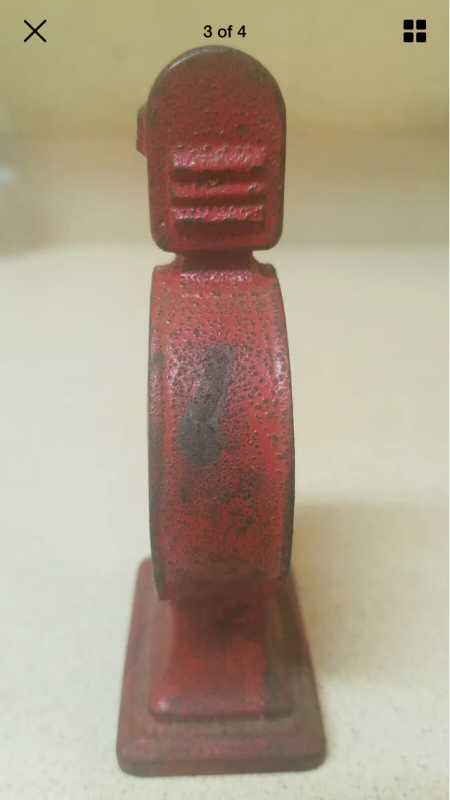 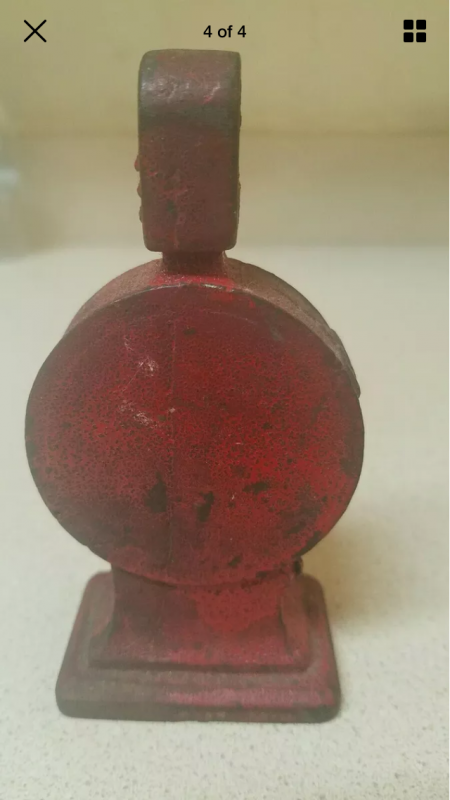 No, but I'll bet there is a line of people who would like to buy this.
In over 30 years a messing with ECOs I have never seen one of these. I have a great deal of ECO literature, but again, nothing about the paper weight.

Jack Sim
Looks more like a doorstop that a Gas Station would have more use for.
What are the dimensions? Hard to tell in the size in the photos.
Let's start at the beginning. This is some type of giveaway to promote the Model 19 Series of air meters. The 19 Series was introduced in 1917 when the ECO was a division of the Western Manufacturing Company of Oskaloosa, Iowa. This was not made by the Bennett Pump company. It appears to be made of cast iron, so I doubt very much it s not a door stop. If it was it would weight five pounds or more. It has been suggested this is a paper weight or a giveaway from the early 1920s.

Jack Sim
I received the item in the mail today. It is 4.5 inches tall and weighs 23 ounces. I thought there might be some info on the bottom but there was none. 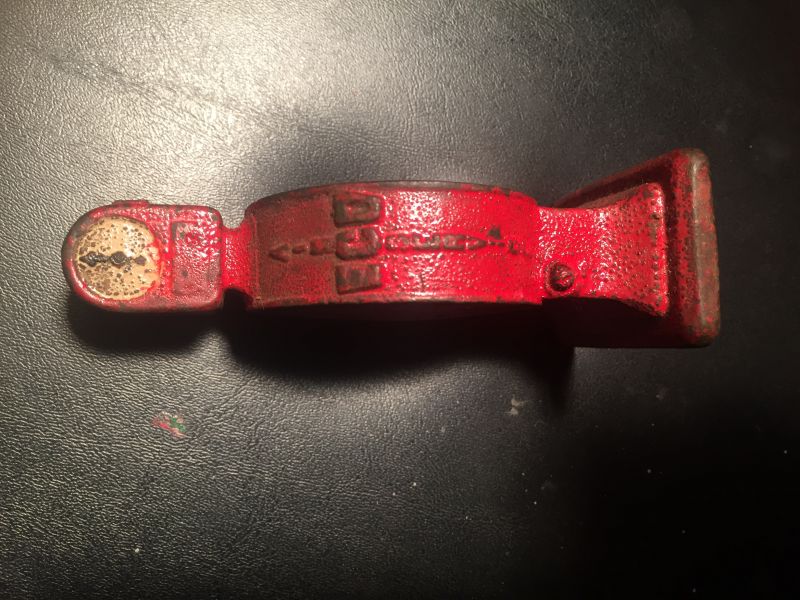 Jack thanks for your input. I have checked around with some collectors ( sent u an email but your reply here is fine) and the only person that said they had seen one is Ron Scobie. He said he saw one a long time ago in Des Moines but it wasn't for sale.
Ok, not for nothing, but it looks a little rude & crude to be an original. Back in the day things were "finished" & made with pride. Even paper weights...
© Primarily Petroliana Shop Talk