Oldgas.com Home
I’m trying to get information on this clock I’m getting . How does face come off to get to inside without destroying cover ? It seems to be plastic . Are parts available anywhere and what’s the value of this ? As you can see it still working been up there since 1956 Thanks
I’m taking it down Friday, 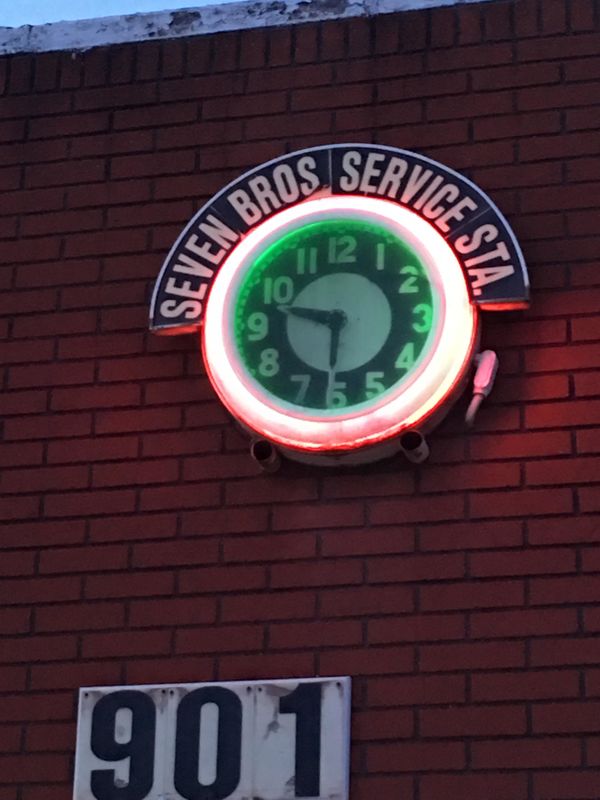 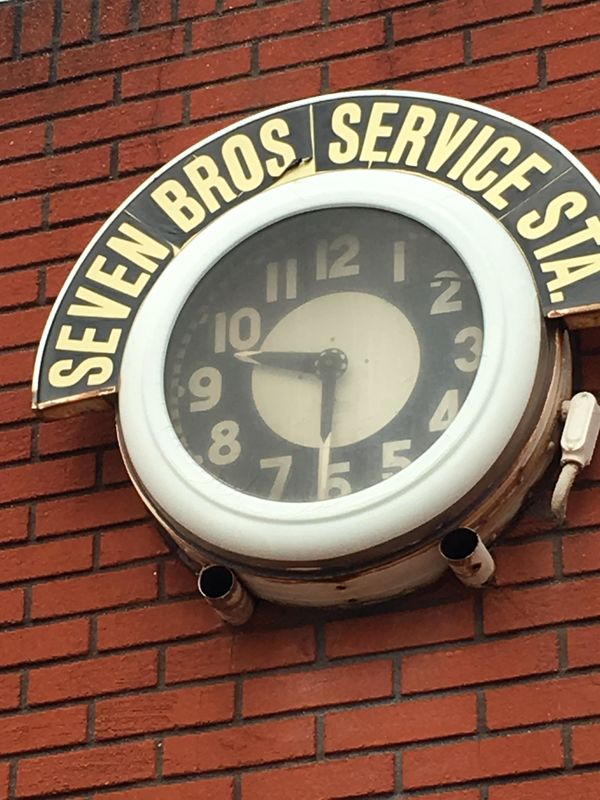 take the marquee off first (seven bros.service sta.)
then the round plastic face cover has screws all the way around the diameter -
that will get you too the face of the clock, parts are available..
value: in the 1500.+ neighborhood .. ...

The rusty metal bezel has screws around the perimeter. Remove those and the bezel, the plastic will come off. The face pan can be lifted off then. After unhooking the electrical conduit, the lift upward on the clock can to remove it from it's hanger that will be bolted to the wall.

Jim at Petro Relics has every part you will need.

Thanks , probably 12’ up I have a bucket truck and someone will be on a ladder next to it . Looks heavy because of size .
Greatly appreciated.
Be cool to get some pics of that thing being removed nonetheless.
The old core and coil transformers can be fairly hefty. There should be a handle on top of the can. Be good to tie a rope around the handle and secure it to the bucket, just as a backup in the event if gets away from you,
It was a beast to remove because it was stuccoed around entire can . I had someone on the roof and had it tied off to ensure it didn’t come crashing down . Once I broke out enough brick stucco it lifted off its bracket .
It now resides on my work table ready for next step .
Thank you to all for your Input on this .
GREATLY APPRECIATED !! 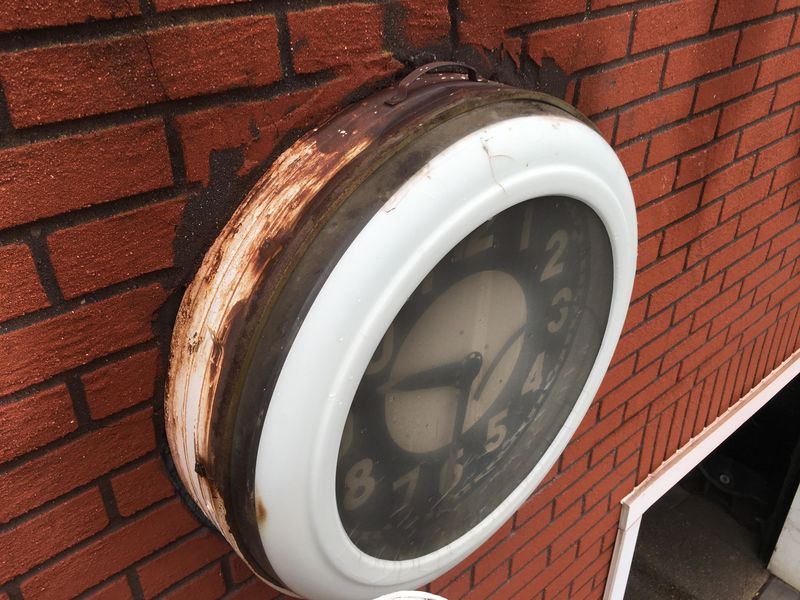 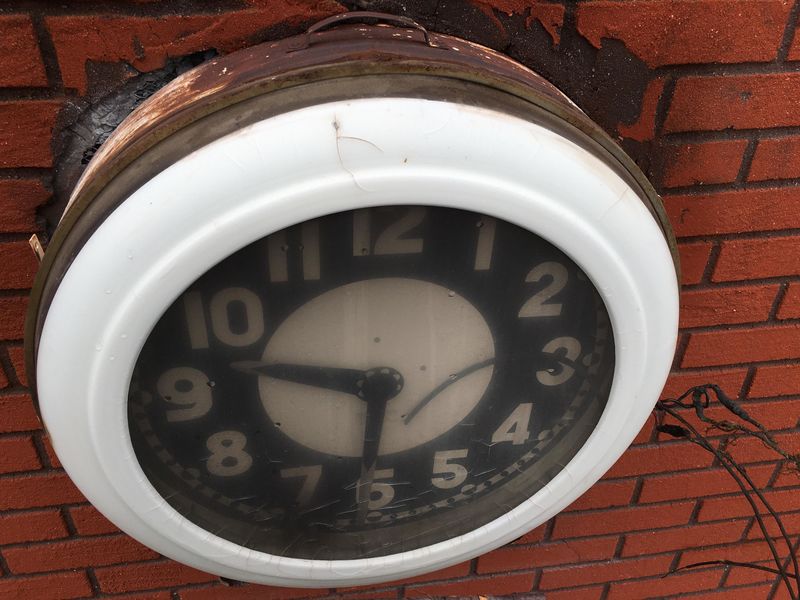 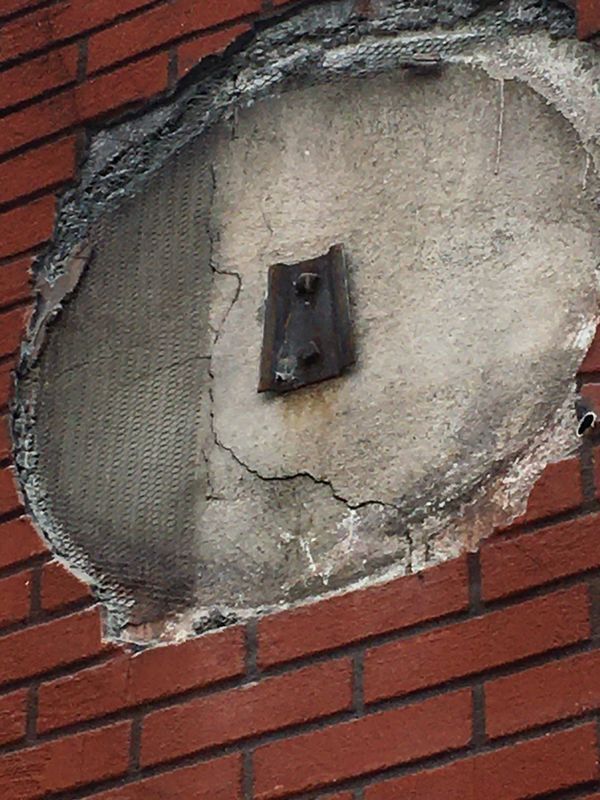 did you get the bracket ?

was there a neon tube behind the marquee, there should be ?

Originally Posted by advertologist
did you get the bracket ?

was there a neon tube behind the marquee, there should be ?
I don't believe that's the lighted marquee. It looks like the version with a plexiglass insert that picks up light from the tube in the bezel.
Yes ,it picked up light through face neon .
Yes , I got the bracket too, I took the ring off and took bezel off , hands of clock but face seems to be all one piece with neon running through it . How does that separate from back can to access clock mechanism and transformer for neon?
I appreciate all the input , hate to keep bothering you guys but your wisdom is what makes this site the best .
Glad you were able to get it down safely Randy.
The face should just lift off of the can with all the bezel screws out. May have to use a flat blade screwdriver and hammer to tap it off. Probably rusted a bit. The neon will be wired in on the backside so clip those close to the transformer. Are the tubes in one piece? They may still work. Maybe wire in a new power cord before cutting the neon wires.
Hi Morgan , yes the neon still works ,both tubes are in perfect shape one pink one is green .I didn’t want to disturb them or the wiring to them . Will it be necessary to cut wires to get the face off to get to clock mechanism? I was just going to change out clock mechanism and put it back together and freshen up the marquee plastic as it’s brittle. I wanted to keep its looks original as possible.
Thanks Randy
the back of the clock should open up as mine does, first take the hands off of the face then
cut a couple pieces of 2X4 too lay the face on while you open up the back and change the clock mechanism,
the 2X4's will lay between the neon on the face shouldn't have too disturb the neon at all.. .. ...

Originally Posted by advertologist
the back of the clock should open up as mine does, first take the hands off of the face then
cut a couple pieces of 2X4 too lay the face on while you open up the back and change the clock mechanism,
the 2X4's will lay between the neon on the face shouldn't have too disturb the neon at all.. .. ...

back should come off too replace clock mechanism & install pull chain too turn neon on/off .. ... 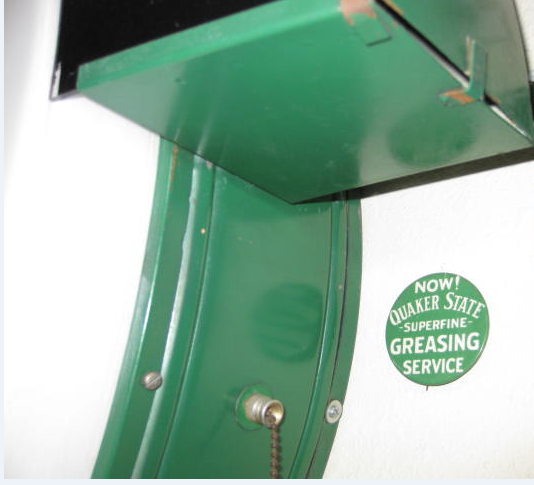 The back doesn’t look like it opens there are no screws around perimeter of back side . I will work the front up with flat blade there is a lot of rust around bottom edge. The neon rings seem to be below can portion of face but I have foam blocks to help keep it off tubes . I truly appreciate all the answers from all of you .
Thanks Randy 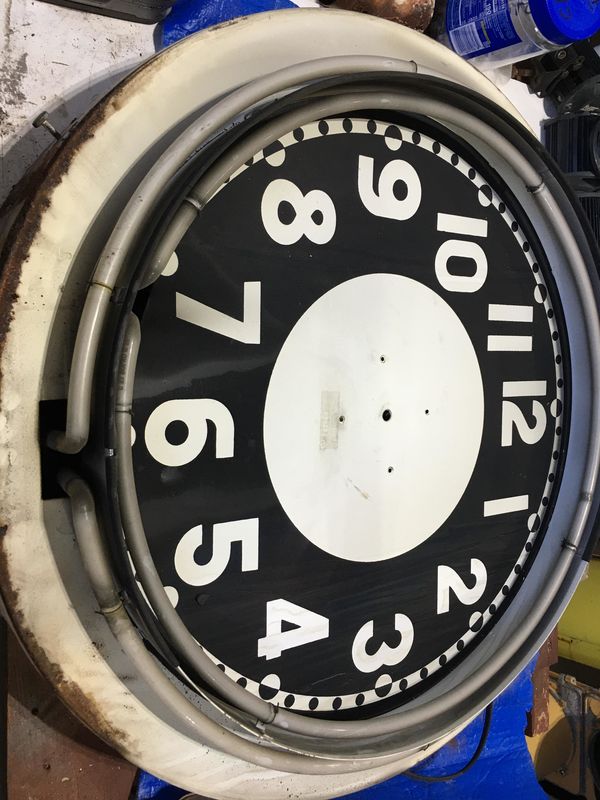 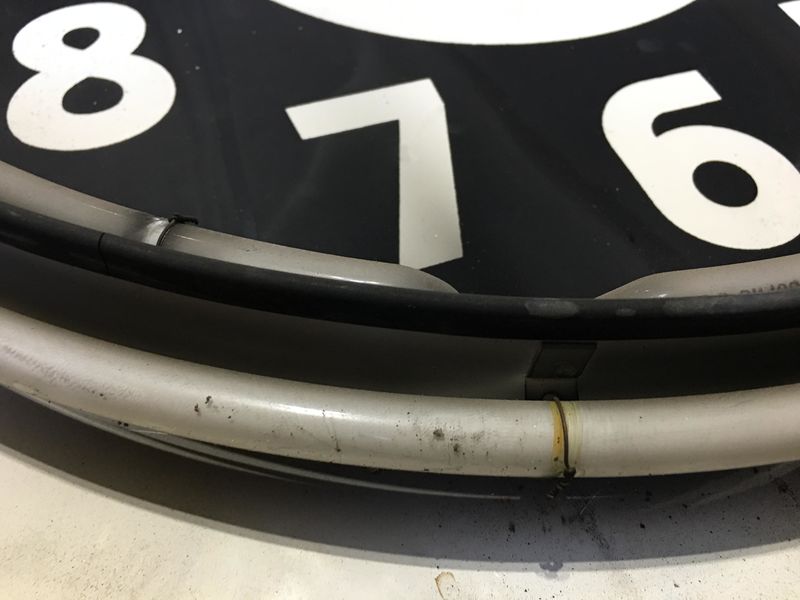 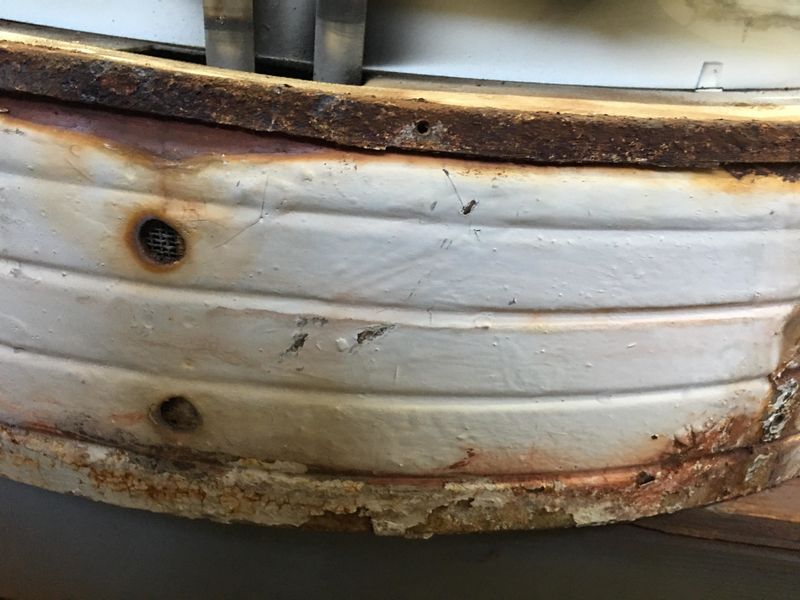 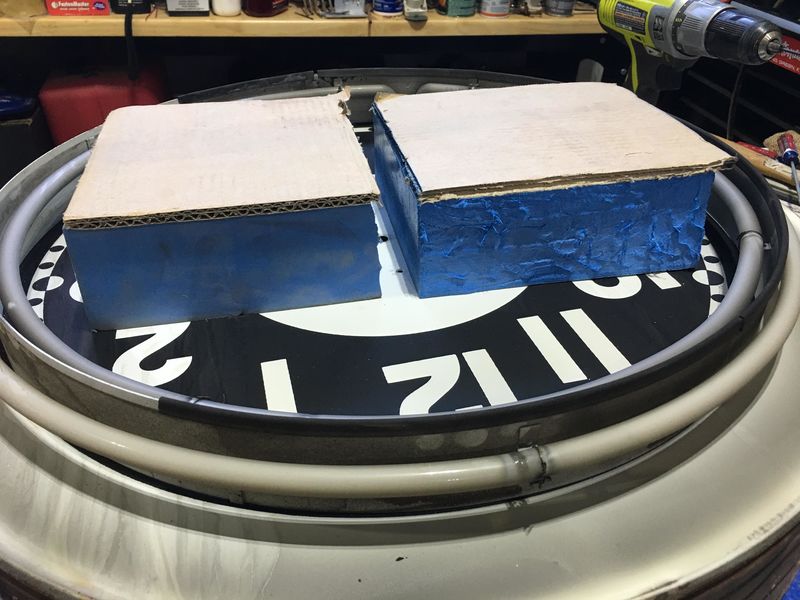 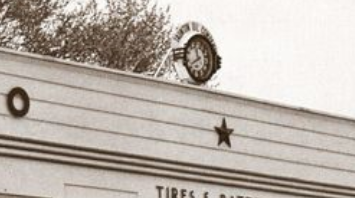 Nice find Randy! It even looks to still have original neon in it as well. A challenging removal always makes you appreciate them more. I have a couple of Bullseyes in my shop right now if you have any other questions.
Originally Posted by advertologist
there is your clock .. ...

Actually that's a different clock. The OP has an Electric Neon Clock Company - often called a "Cleveland" as that's where company was from. The one on top of Texaco station is a much more rare Federal clock. Both great clocks. Enjoy your cleveland!
© Primarily Petroliana Shop Talk