Oldgas.com Home
Well after talking with Jim I have decided to give COTM a try. Many of you have said you would like to see this thread started again, so with that being said I am hoping that a lot of you will participate and make this thread great again. If any of you would like to see certain companies send me a pm and we will try and make it happen. Nothing on this site will change unless all of us make it change. I know it will never be like it was but we can get some of it back if we all try young and old members. One thing I have to mention please out of respect for everyone do not copy any of the pictures so that you can have something reproduced. Many people here have taken years to compile there collections and do not like that being done. I think that is why some do not post pictures anymore is because that has been done many times.
I thought I would start this month with something kind of broad to make it easy. So COTM this month will be farm bureaus and COOP's. so if you have any globes, cans, signs, maps, anything let see them.

Also I just talked with Jim and there is a way to watermark your photos if need be I haven't tried this yet but will very soon. Thats all the farm bureau and coop I have so let's see some more from the members
We used a lot of Eastern States products on our farm while I was growing up. 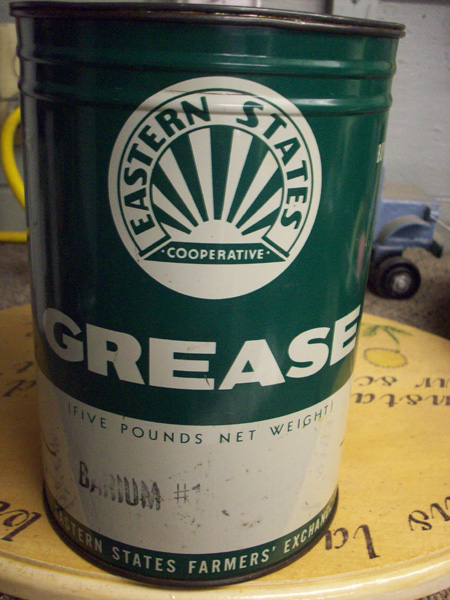 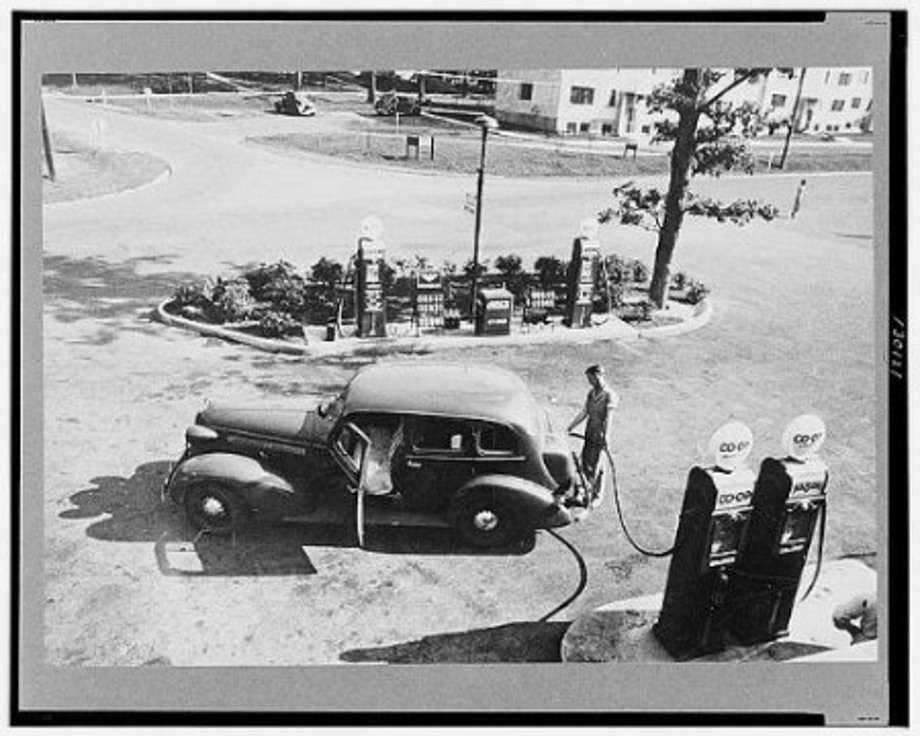 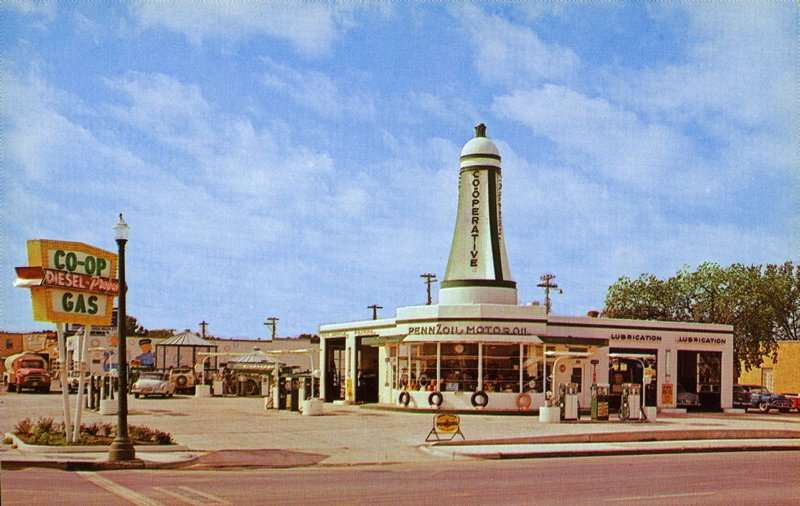 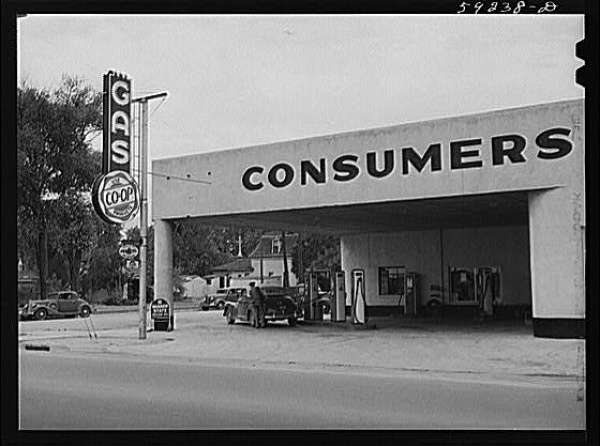 Is this farmers can ok here?

Uploaded with ImageShack.us
A couple more stations and an image of a CO-OP Ethyl globe I really like... 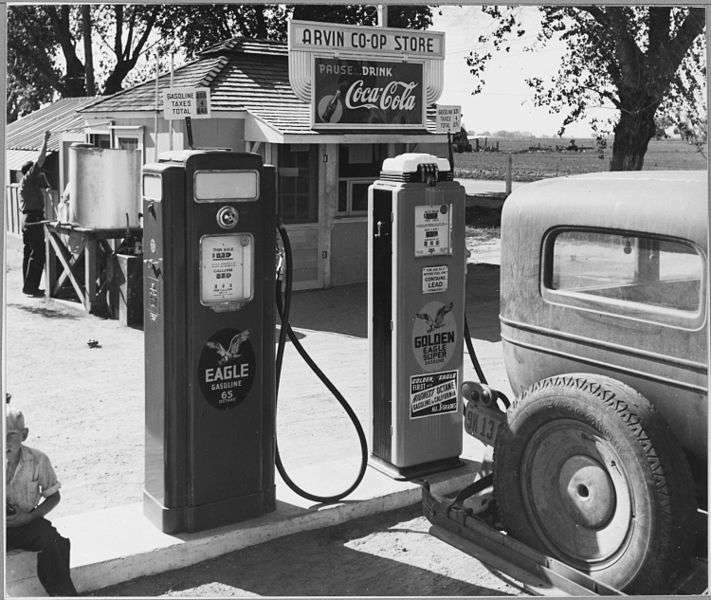 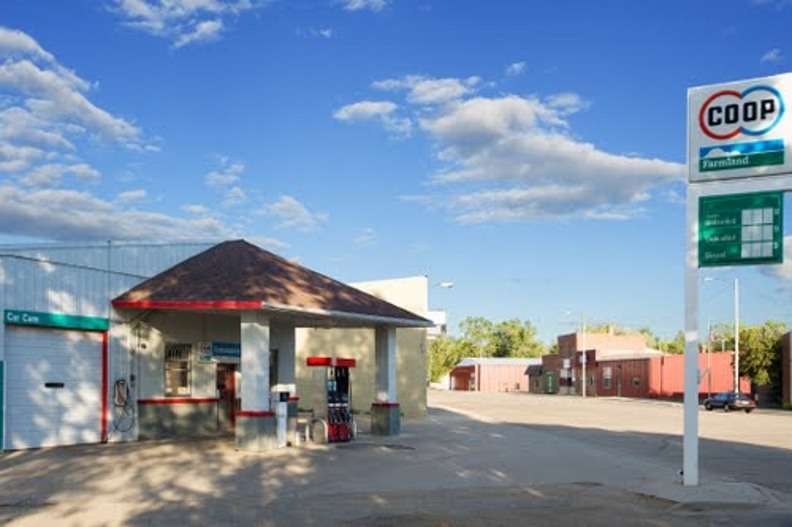 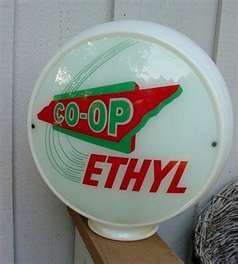 Uploaded with ImageShack.us
3 COOP POLE :)THERMOMETERS-ALL DIFFERENT
Gulfglenny it says farmers so I'm good with it. Keep it going guys it's looking good
Don't really collect coop because they were out of Kansas City, But how can one be a farmer and not pick up some coop stuff along the way LOL.


Items in my collection including the barn fresh original porcelain sign from Co-op gas station that still in operation here in Ellsworth, Wi. 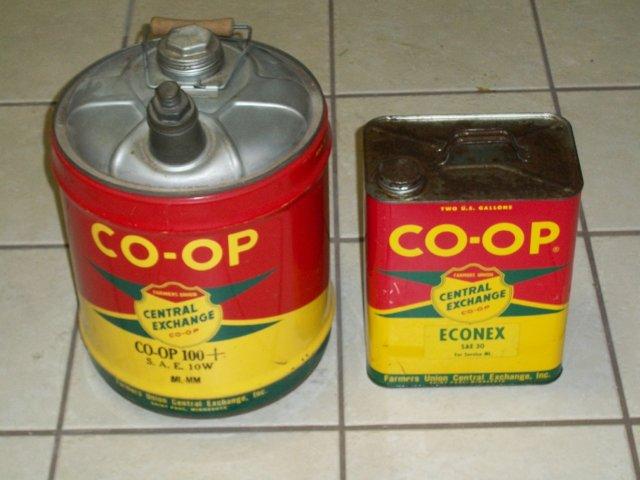 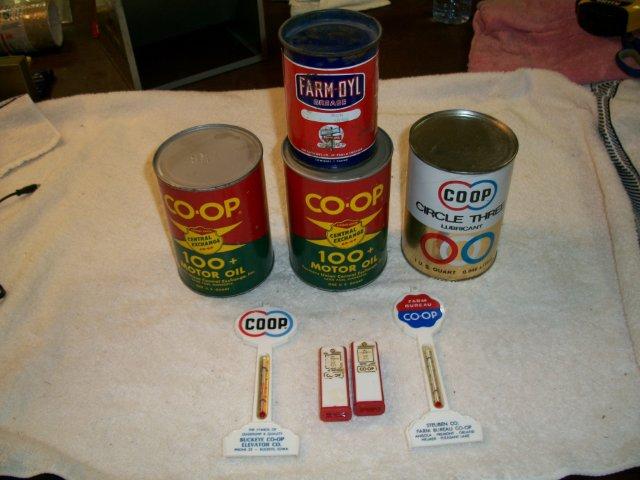 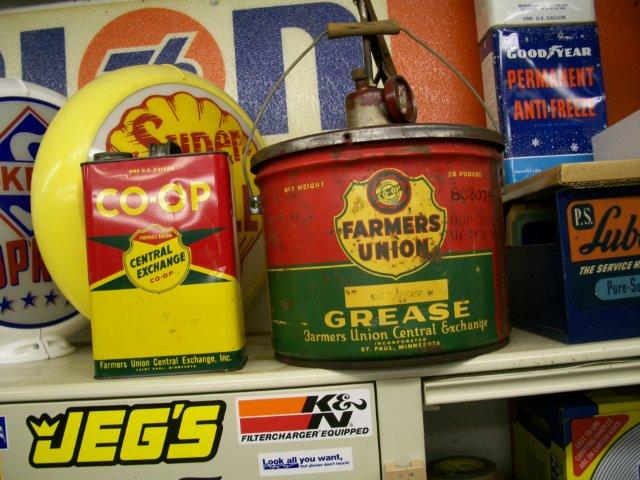 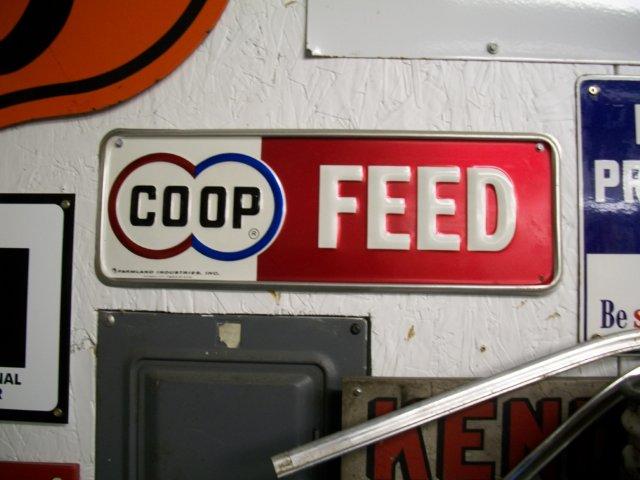 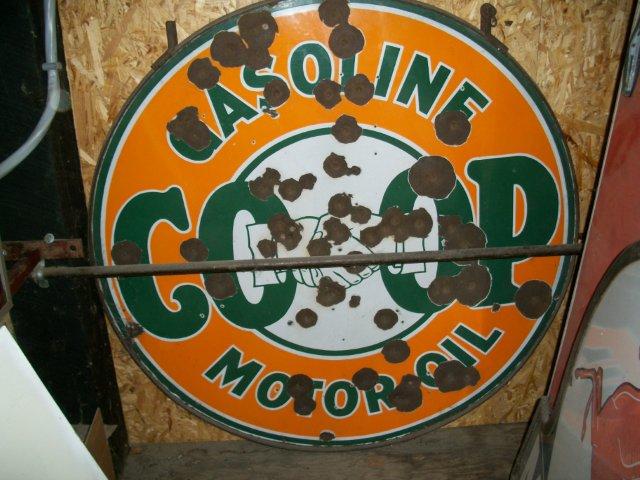 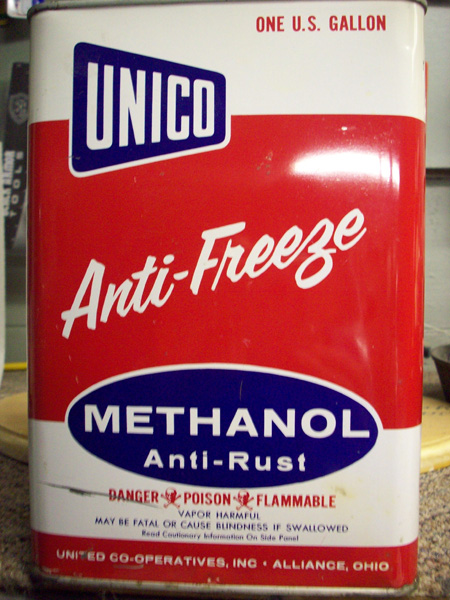 Some cardboard Coop's. Wish I had an Iowa Farmers Union Coop globe! 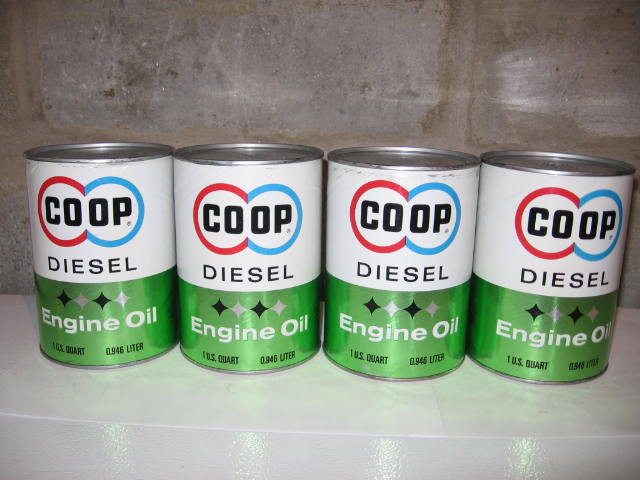 Love that coop globe hard to find
Heres a few items I have laying around! Farmers Union CO-OP was very prevalent here in the mid-west! 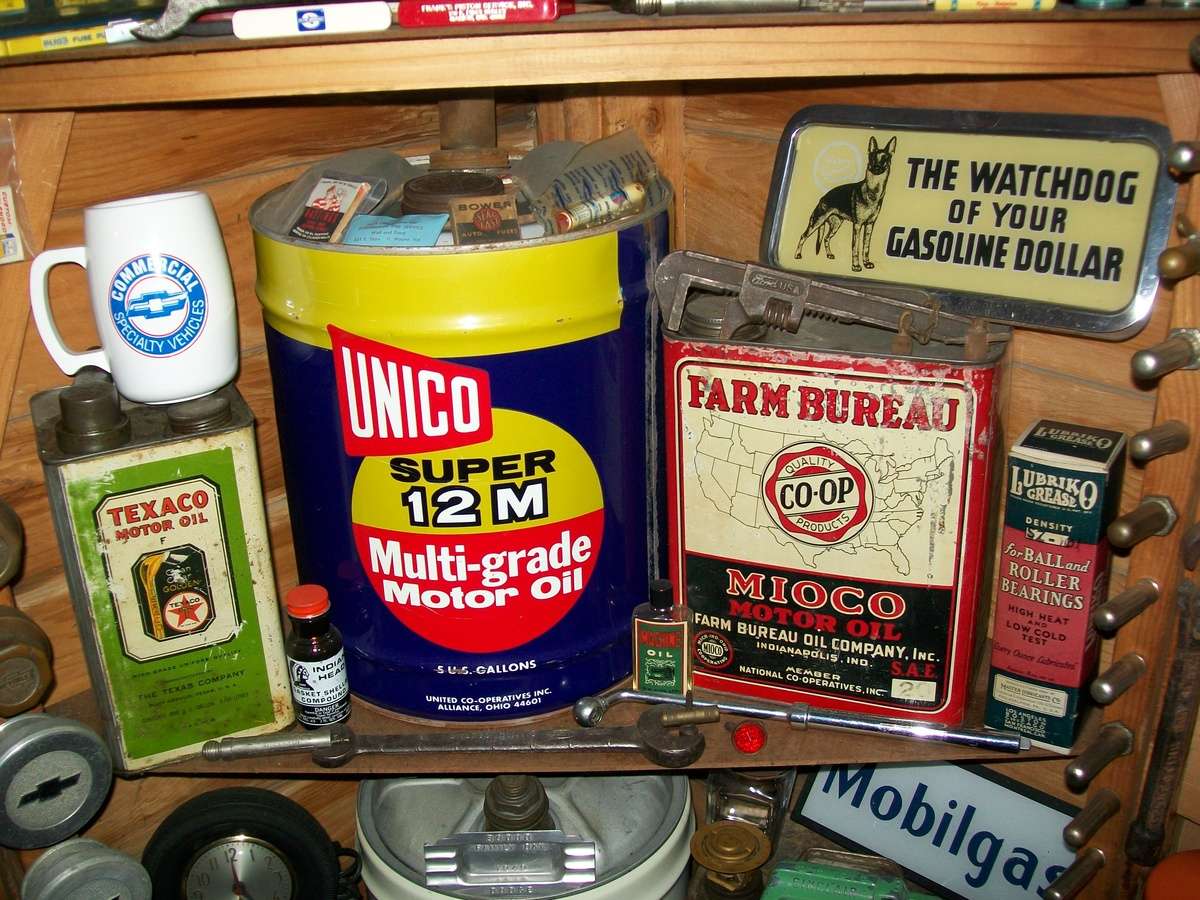 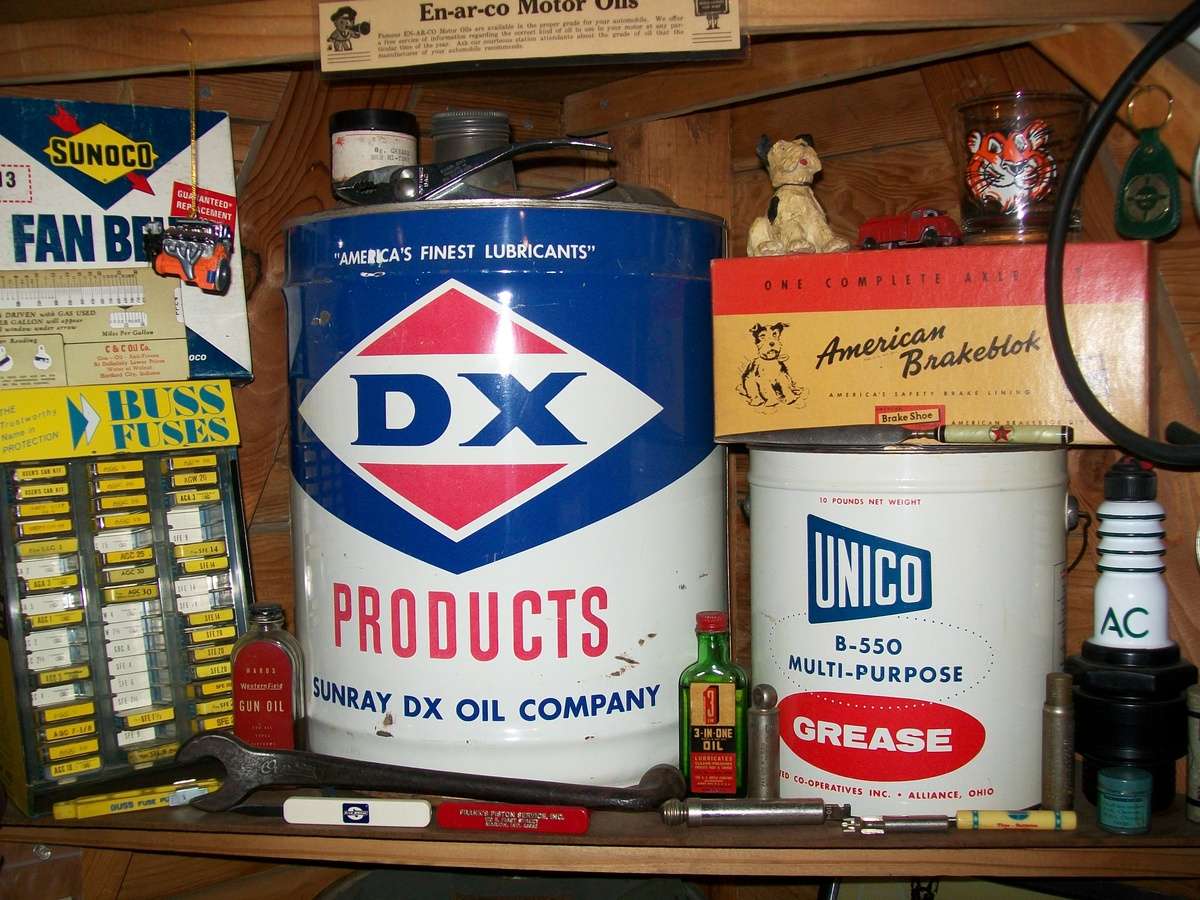 Don I have never seem the white mfa in a 5 qt that is awesome
Farm Service items from Des Moines Iowa.

I forgot about this rare clock that I got out of a Farmers Union fertilizer plant a few years back!


couple items I have.

Here is a Coop globe that I have & a different MFA Insured sign.

I like those globes..
The farm bureau globe is killer
one more item, reflections are from a neon sign. Yeah I was lucky to get that minnesota globe.

Here are some quarts from various Co-Op and Farm Bureau related companies we have in our collection, along with a matching quart and 5 quart from Illinois Farm Supply. 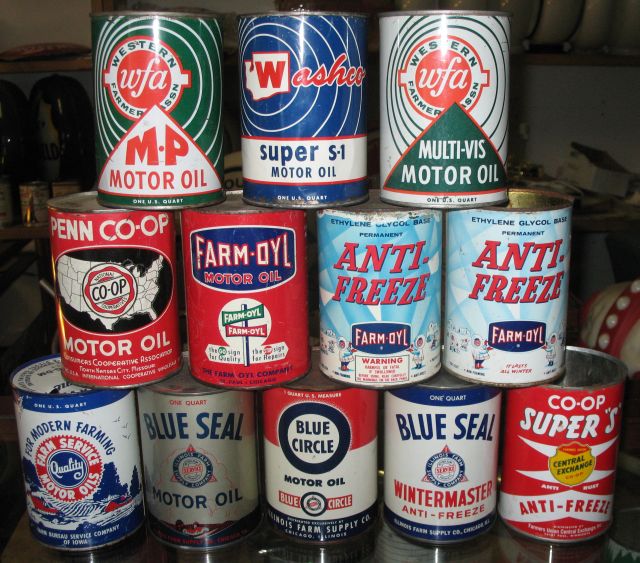 I think this is the only thing I have that is related to this subject Local oil can from New Mexico :

Here is another MFA globe I forgot to post.

my Farmers Union Co-Op globes (one set nos, one set not) have some cans I can add photos later

Description: my Farmers Union Co-Op globes (one set nos, one set not)
Awesome collection of coop globes
A couple more cans both are 5 quarts. I would like to find them in 1 quarts if anyone has them to sell or trade. 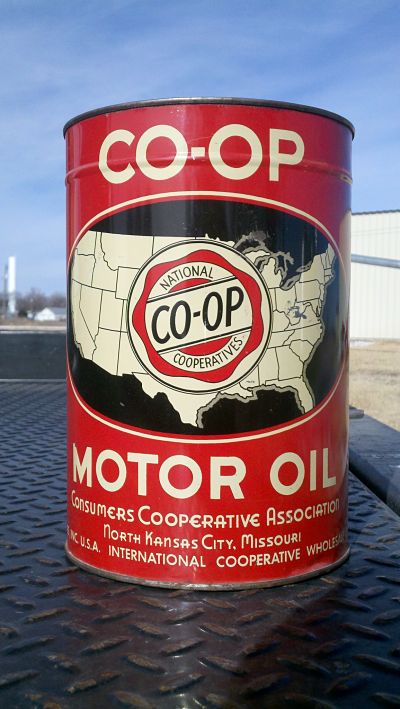 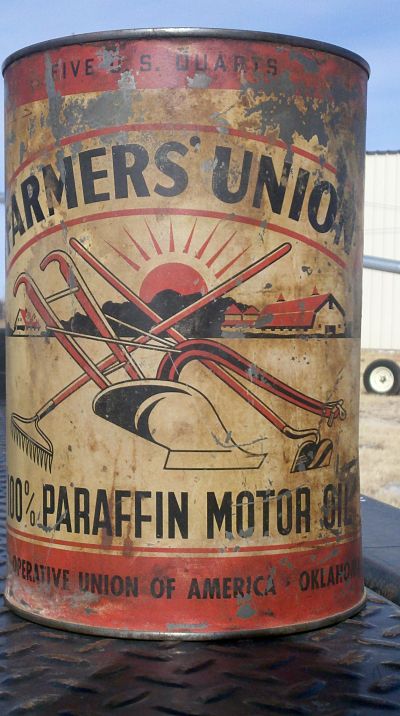 Description: One of my favorite signs!
Jay, those 5 quarts are great! We used to have the Coop with the map in a quart just like your 5 quart. The early plow scene graphics are awesome!

Here are some Coop related 1 pound grease tins in from our collection. 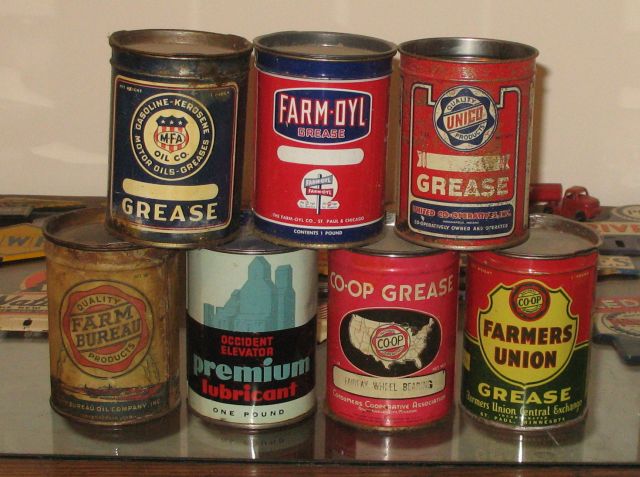 Thanks Aaron. That Occident can of yours is great you can't go wrong with elevator pictures on a can LOL and I forget about that penn coop can, would love to find one of them also.

Funny how several of the coops used that round medallion ribbon thing.

Well it's getting to the last of the month and nobody has posted this can yet. It is the only Coop thing that I have and I couldn't tell you where I got it from. Mitch 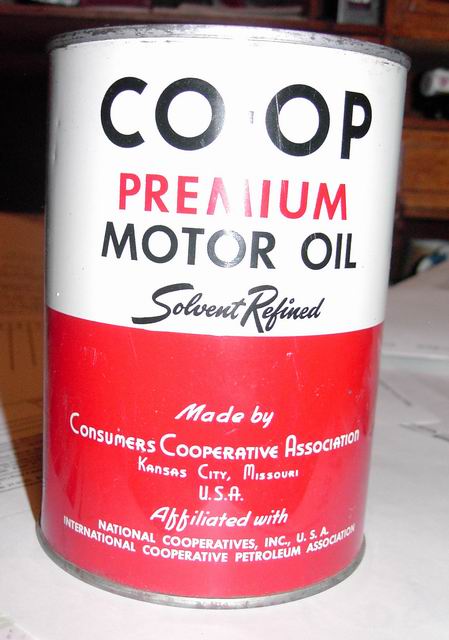 I want to thank everyone who has participated this month. By participating we are showing old and new members how great this site really is and what it's suppose to be about. There are two days left for COOP so if you have it post it. Also a reminder if anyone would like to host for a month let me know and we will make it happen. Bob Richards will be the host for the next two months. I know he has put a lot if time in it and it should be very enjoyable to see.
Last day for COOP stuff.
When i lived in Hillsboro N.D. in the early 80's this man then in his mid 50's gave me this tin PENN UNION MOTOR OIL sign. He showed me the globe but did'nt want to sell it.I stopped to see him maybe once every 10 years or so, to check on the globe. I stopped yesterday and he was ready to sell. His Dad worked at the Station in the 30's and 40's. He had them for years and then were handed down to him.


Wow that is a sweet globe!!!!!
Steve, GREAT GLOBE AND SIGN !
steve , super globe ,is it 2 sided? Dave
Only one side , better than no sides!
You can only see one side anyway. Great Globe
Nice stuff, guys! Maybe this is a little late...? 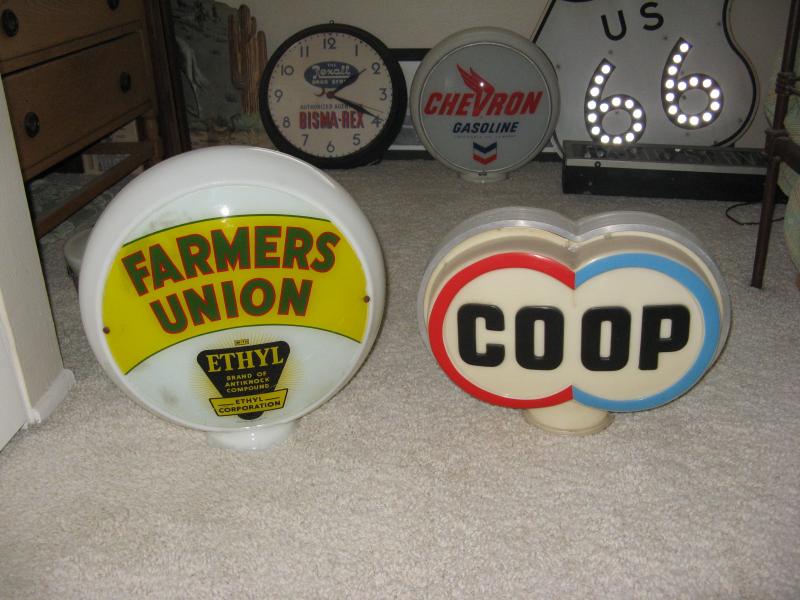