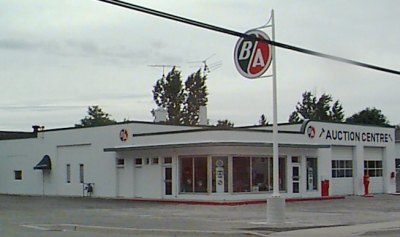 A list of collectors of gas station and auto service memorabila from Canada.
Network with other collectors by stating your collecting specialty here.

This page is intended as a listing of collectors and their specialties only.
For specific "wanted" items and comments, use our Shop Talk forum page.
For ads listing petroliana for sale, see our Gas Station Classifieds


Use your browser's "find" button or Edit menu "find" command to search this list for keywords you are interested in. You may need to "reload" or "refresh" this page to see the latest entries. Please do not submit multiple entries.

1960's - 1970's muscle cars (any condition from basket cases to mint originals)NOS Dodge/Plymouth parts and any used oddball options. ANY domestic dealership items from those years, promos, signs, displays etc... Always interested in gas/oil/pop/general store/blue flowered pottery/ early Canadiana furniture too!! Will buy or swap, let me know what you have or what you want! Thanks!!
John Vanka (maxy426@yahoo.ca)
Woodstock Ontario Canada - Saturday, February 23, 2013

I collect North Star (Canada) and Imperial Oil (before Esso) and anything Canadian that I pick up. I am also intrested in Pre-1960 Garage tools (Battery chargers, Jacks, Wrenches) or any other industrial equipment that you can find.
John Neilsen (neilsen@xplornet.com)
Leduc, Alberta, Canada - Sunday, January 13, 2013

I am interested in signs, pumps, for Texaco. Shell & BA. Specifically Texaco Marine items. I collect 1939 to 1947 Dodge & Fargo Trucks and Panels. Also into 1935 Dodge Brothers trucks. 1935 Chevrolet Trucks. 1970 El Camino and Chevelle SS LS6 cars. And 1940 Fords. Also collect all nautical and marine related items. Also collect Western items. Also collect Coke, 7UP and Orange Crush items. I have stuff for sale relating to the above, including vehicles and parts. I am a cash buyer and move quick for desired items.
Brian (upcountry1@telus.net)
Abbotsford, Bc, Canada - Saturday, December 8, 2012

Hello would like to aquire a few 40's and 50's gas pumps unrestored to restore myself. Thanx
Gerard Decloux (wagsdecloux@execulink.com)
Belmont, Ontario - Wednesday, May 23, 2012

My father was a Petro Fina gas station owner and I am into collecting all things FINA
Eugene (forsaleinoakville@gmail.com)
Oakville Ontario Canada - Saturday, January 28, 2012

My specialty of collecting is Fina Signs old gas pumps and any of the signs. My mother and father owned a station in the late 1960's
Theressa (theressa_stade@hotmail.com)
Chesley, Ontario, Canada - Monday, November 15, 2010

I am looking for any old photos of Big Nickel gas station Sudbury Ontario. My grandfather owned it until badly damaged by a Tornado in the 1970s
Rj McCarthy (rick@lifestreasures.ca)
Canada - Sunday, July 11, 2010

We absolutely love Sinclair stuff! Hubby is a mechanic and we have quite a collection. Finally got a pump, pretty rough but like it so much we don't want to redo it!
John & Judy Sinclair (hilltop57@live.com)
Clinton, ON, Canada - Sunday, October 25, 2009

I am looking for Arrow Petroleums, Red Star Gasoline, Imperialle Fuels, Sterling Fuels, McManus Motors, McManus Petroleums, Husband Transport, Hotel London, CJOE radio and the Stork Club in Port Stanley. My wife's grandfather, Joe McManus, owned these companies and we are trying to develop a family collection. Please visit our website at http://mcmanus.ypguides.net and contact me with any items or photo's you may have. 519-614-4715 or 519-641-6842
Scott McFarlane (mcmanuscompanies@rogers.com)
London, ON, Canada - Friday, December 12, 2008

Anything Old Gas, Oil, Automotive Related. Visit my web page to find out what car shows I will be attending. www.tinsales.com
Trent (trent_reeve@yahoo.com)
North Vancouver, BC, Canada - Thursday, June 12, 2008

I was interested in an Oil Company that used to have Service Stations in CANADA when I was a boy. It is called "CITIES SERVICE STATION" - their color was Green & white. I worked there when I was a teenager washing cars pumping gas etc.
Basil McCormick (ebasilmc@yahoo.com)
Toronto, Canada - Thursday, March 06, 2008

I enjoy collecting gasolene memorabilia, Supertest, Red Indian, White Rose. I especiallly like to collect rare tin and porcelain signs gas and oil related and rare to find Imperial quart tins.( Canadian ). I also have a website where I like to show and tell and trade or sell. please visit it at www.ridgewoodgasolenecollectibles.com call me anytime, 519-533-6202
Wes Hague (weshague840@hotmail.com)
Woodstock, ON, Canada - Saturday, December 15, 2007

I collect all types of gas, oil, and automotive advertising. I collect and restore old pumps and air meters. Pumps in my collection range in years from 1915 to 1960. My favorite is a 1931 Bowser Exacto Sentry (Punkin head) clock face pump.
Bill Baker (bakerb@xplornet.com)
Brockville, ONT - Thursday, July 12, 2007

Ontario Road Maps - I am collecting any kind of Ontario road map - official and oil companies.  I also have some for sale - check out my website for what I need and what I have for sale.  I am always willing to strike a deal. www.ontarioroadmaps.ca
Neal (neal@ontarioroadmaps.ca)
Ottawa, ON, Canada - Sunday, October 22, 2006

An Update: I collect mainly British American Oil Co. (B/A),signs, cans, giveaways, etc, also gaspumps. I have a few White Rose items as well as a little of most Canadian companies. Anything to do with old gas stations.
Ken Bird (nbird06@telus.net)
Carstairs, Alberta, Canada - Thursday, September 28, 2006

I collect all kinds of glass oil pint and quart bottles. Would like to buy or trade. Would like to obtain glass quarts from eastern canada.
Norman Fodness (jnfodness@shaw.ca)
Saskatoon, Sask, Canada - Saturday, September 02, 2006

The gathering of email addresses from this site for the purpose of bulk unsolicited email solicitation is prohibited.
See our privacy policy page for details.