Oldgas.com Home
Hopefully everyone looking at this poll will take part....it would be very nice to see the cross reference of ages in the hobby. So many say the collectors are or will be aging out of the hobby soon, so it would be interesting to see how many younger folks are part of it.
Darin
Better yet

To see the members who joined up early on, click on "User List" at the top of this page. Then click on "Joined" on the top right corner. That will then display a list of members in order of when they joined, except for a few dozen, including me, who had their accounts garbled in a server crash in 2004. Their member number jumped to over 2000 and their chronological join-up order does not appear in the "Joined" list in the order when they actually joined. I was relieved then just to get the previously posted messages restored in the forum database.


There was a similar poll taken back in 2011. The poll was open for one week and results are shown in an image below.
https://oldgas.com/forum/ubbthreads.php?ubb=showflat&Number=233509

Description: Member Age Poll in 2011 - poll was open for one week 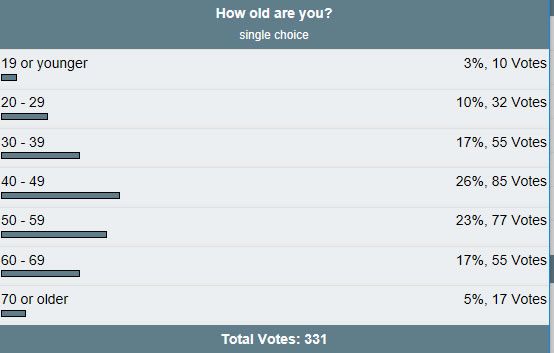 61 since March - started on Oldgas around 1997....
Jim
I always wondered what happened to my original user name cannut5.I was an early member I’m guessing March 1999 when I bought my first computer. Jim
47 years young.

Marshall
63
dave
Originally Posted by DWSheffer
Hopefully everyone looking at this poll will take part....it would be very nice to see the cross reference of ages in the hobby. So many say the collectors are or will be aging out of the hobby soon, so it would be interesting to see how many younger folks are part of it.
Darin

Last February at Glenn Millers 2 day auctions, we were very surprised and happy to see the younger buyers who were spending strong money!!!

And the majority of them stick to Facebook instead of Old-Gas.

BrianH
Originally Posted by hancock-oil
Jim, I always wondered what happened to my original user name cannut5. I was an early member I’m guessing March 1999 when I bought my first computer. Jim

The original 1997 forum for this site used very simple software that was upgraded in 2000 to more sophisticated software. At that time, current members had to re-register as new members and could choose a different user name if they wanted.
I'm 43. My birthday is usually during CTO!! But it seems to be about a week earlier this year (CTO, not my birthday... lol). I will still be accepting birthday beers at my vending spot, even if they are a week early

This November will be the 28th anniversary of my 40th birthday. Been collecting since the early 70's .. ...

Monday was nov 13 1950
I am now a medicare Roller, 65
I just turned 32...4 oil cans in my grandpa's garage that held bolts and screws got me hooked in this hobby
A few pictures of what I have accumulated these past 4 or 5 years... 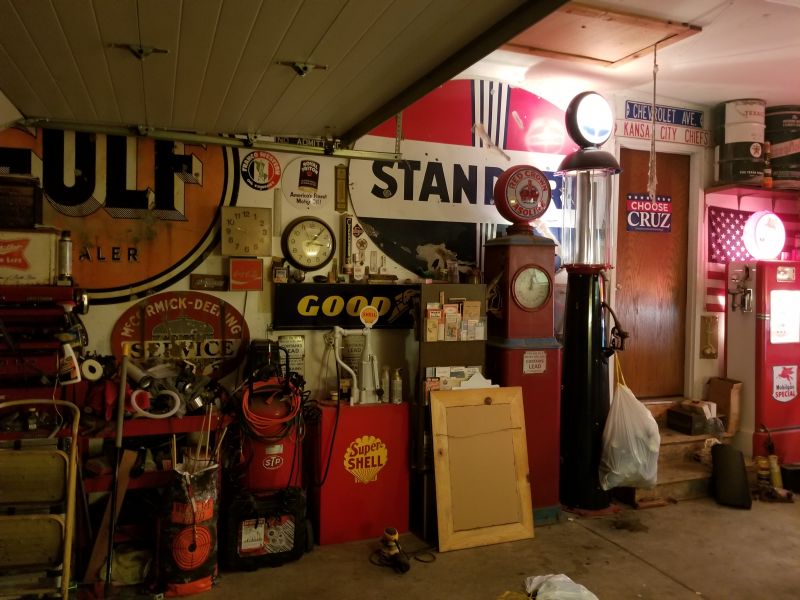 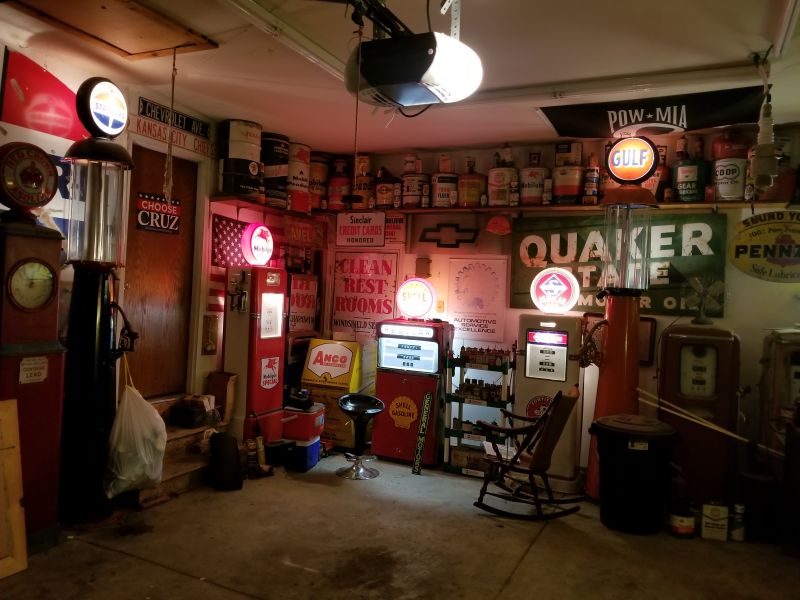 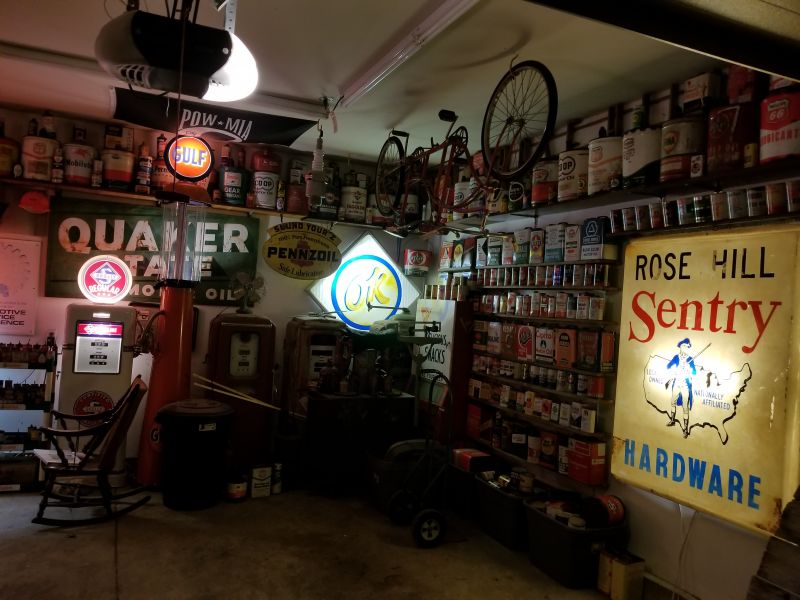 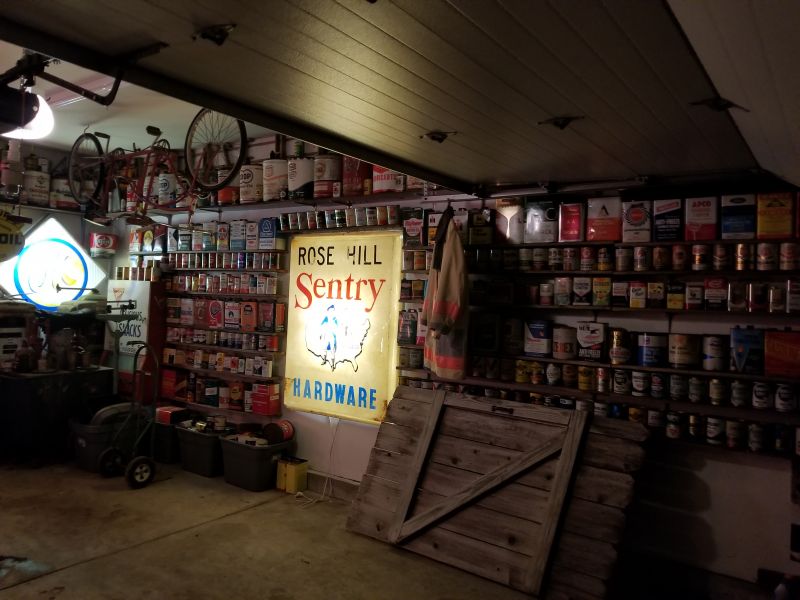 Brandon you would have been a lot better off if you would of caught the bolt and screw bug instead of the gas and oil bug. Just think how many of them you could of fit in.LOL! Nice Collection.
With just 112 posted this is just a tip of the scale with 17 thousand plus members but its interesting to see the spread. Knowing some land here and never return but know there is more watching.
Just turned 69 and enjoying life and collecting
Bill
57, collecting since mid 80's
Joined the day before 9/11. I was 29 at the time. Great site Jim!
I turned 69 in March. Been collecting since 1990.
I'm 71 and have been collecting since 1995. Like most of us I wish I had started earlier. Hope to be doing it for anther twenty years!!
So with approximately half of the respondents so far aged 40 to 60, I personally don't see the majority of collectors "ageing" out of the hobby for several decades to come.
Darn, I guess higher prices are here to stay for a while, lol!

Darin
Yep, you can put me in that between forty and sixty bracket...: D
Took the poll Randy . 42 years for me until Dec . They tell me that's young ? Sometimes it don't feel like it .
I'm 23!
© Primarily Petroliana Shop Talk